You are using an out of date browser. It may not display this or other websites correctly.
You should upgrade or use an alternative browser.

No need to stand in line or fight traffic doses to doors is coming to your house soon !! 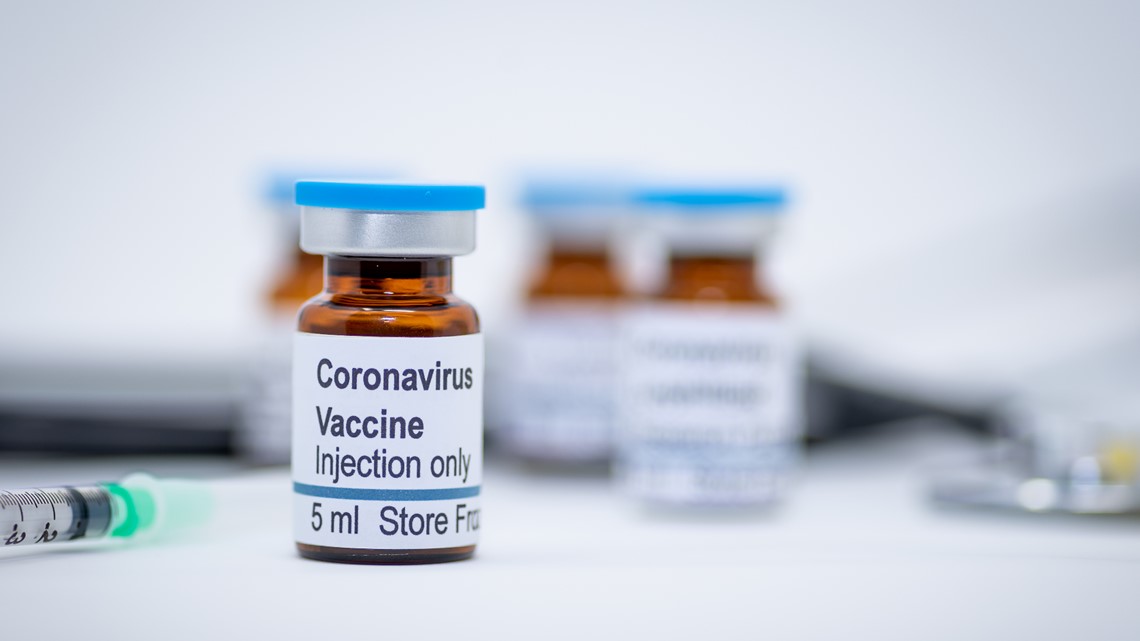 Mecklenburg County kicked off its "doses to doors" initiative on Monday, making getting a COVID-19 vaccine quick and easy.

So this ain't political right lol all depends on who's president i guess
Reactions: Grunk and Hayata

Soros and Gates are buying out the UK testing firm Mologic.
“A group of investors led by the Soros Economic Development Fund (SEDF) and the Bill & Melinda Gates Foundation have financed the buyout of UK diagnostic technologies firm Mologic, which has developed a 10-minute coronavirus test.
Mologic’s CEO Mark Davis welcomed the acquisition deal, stating that it means a transformation of his company into a social enterprise which he dubbed “a deliberate, logical and natural step focused on delivering affordable diagnostics and biotechnology to places that have been left underserved by the relentless pursuit of profiteering.””
(Something tells me two billionaires aren’t buying this company to give shit away for free…)
Reactions: KhyberPass, dial1911, Mr. Goodbar and 3 others 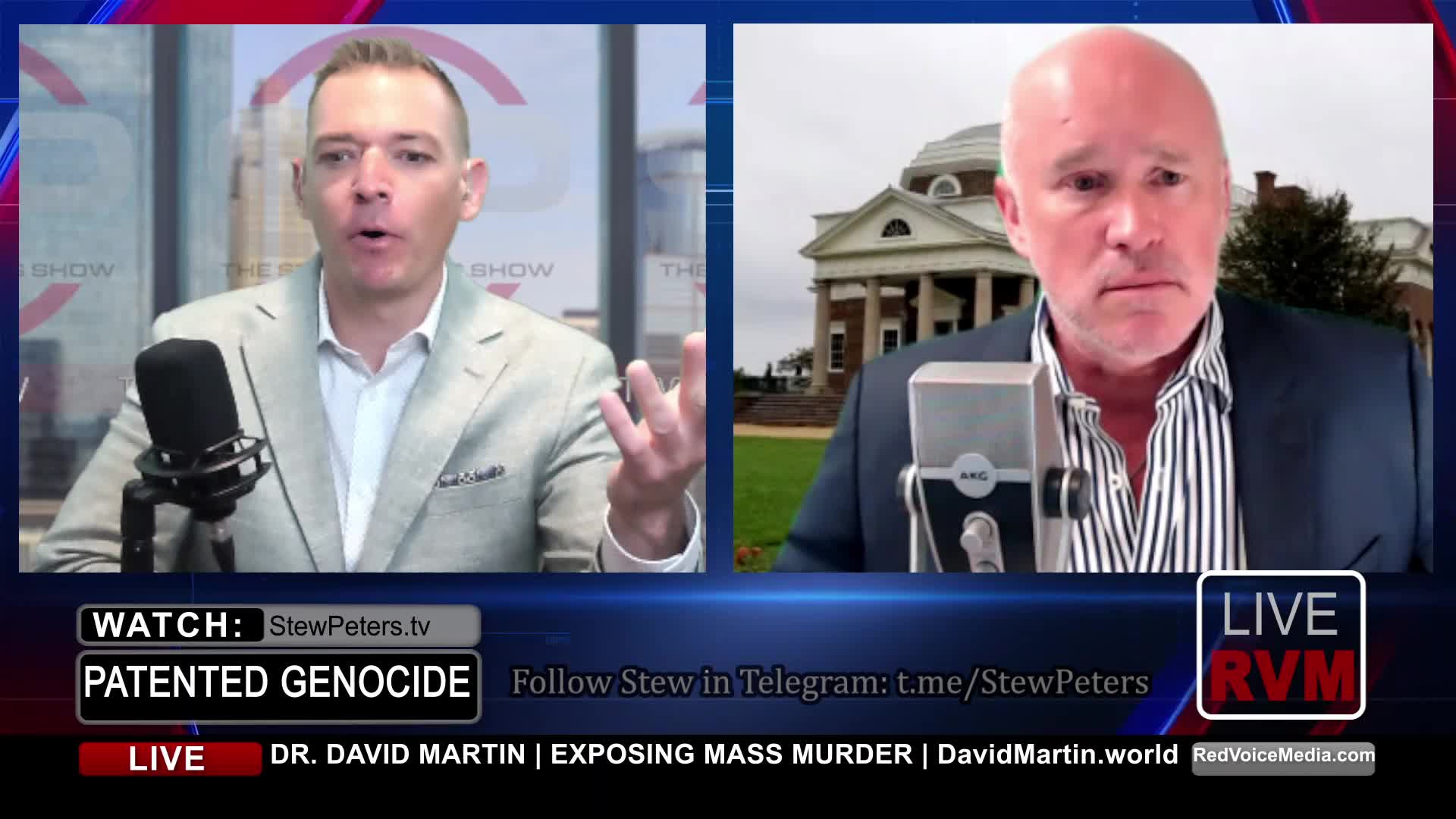 Stew Peters talked with Dr. David Martin in an historical interview with inarguable fact-based exposure that should be seen by the entire world as an absolute end to the COVID narrative. www.StewPeter

Sue their asses off.
Reactions: Jake, KhyberPass, dammitgriff and 3 others

Sean Hannity had her on FOX last night and told her to stay in touch he’d help anyway he could to support her situation.
Reactions: KhyberPass, dammitgriff, Miles and 1 other person

Spitting out pieces of my broken luck

These assholes act like Covid is the only disease in the world now. My wife's immune system is so screwed up the vaccine (or a regular flu shot) could kill her. Her doctor is all in favor of the vaccine for most people, but he specifically told her not to get it.
Reactions: Kobayashi, KhyberPass, dammitgriff and 2 others

Spitting out pieces of my broken luck

Eric Clapton Will Not Play Shows Where Proof of Vaccine Is Required
Reactions: Tedkennedy, FarewellToKings, dammitgriff and 5 others

Show us your papers!


5 months out and I am ready to stop wearing a mask at work. The 1st week they stopped taking Temps on the way in we had to employees test positive. I will never know the strain of the virus so don't know if it was the variant.
Reactions: Red Dawn, dammitgriff and Grunk

As far as I’ve read, no one has been able to request and receive a test for the Delta variant. It’s all taken on faith.
Fauci may be subjected to a criminal investigation if Sen. Rand Paul has anything to do with it:

ZeroHedge - On a long enough timeline, the survival rate for everyone drops to zero

Uh it was never about the virus :

The FDA announced that the CDC PCR test for COVID-19 Emergency Use Authorization has been REVOKED! - Higher Self Portal

“The Centers for Disease Control and Prevention (CDC) announced this week that its PCR test has failed its full review and will have its Emergency Use Authorization revoked.

The Innova SARS-CoV-2 Antigen Rapid Qualitative Test, the CDC’s benchmark COVID diagnostic testing system, will be withdrawn for Emergency Use by the end of 2021 due to an inordinate frequency of false positive and negative results.

“The FDA has identified this as a Class I recall, the most serious type of recall. Use of these devices may cause serious injuries or death,” the FDA stated on its website.

The PCR test, known as the bedrock of COVID diagnostic testing across the world, has been exposed as just another scam in the ongoing COVID hoax, but you can bet the mainstream media will ignore this extremely important development.”

The Centers for Disease Control and Prevention (CDC) announced this week that its PCR test has failed its full review and will have its Emergency Use Authorization revoked.The Innova SARS-CoV-2 Antigen Rapid Qualitative Test, the CDC’s benchmark COVID diagnostic testing system, will be withdrawn for

“... a Class I recall, the most serious type of recall. Use of these devices may cause serious injuries or death,”
Click to expand...

But it's ok for us to continue to die for the rest of the year.

FarewellToKings said:
But it's ok for us to continue to die for the rest of the year.

“French President Emmanuel Macron argued on Sunday that refusing to be vaccinated against Covid-19 is not “freedom” because anti-vaxxers infect and kill others through their “irresponsibility” and “egoism.”
Macron said during a visit to French Polynesia that though “everyone is free to express themselves,” there is “no such thing as freedom where I owe nothing to anyone.””
Update:
“The French parliament has approved a bill to further tighten requirements for mandatory Covid-19 vaccinations and health passes in response to the Delta variant. The new constraints come amid mounting protests in France.
The new restrictions in Monday morning’s bill mean that French health workers will be obligated to receive the vaccine. The need for health passes will also be imposed across more areas of society, leaving fewer social activities and transport options available for those who are opposed to the jab.”

“Protests against the Italian government’s plan to introduce health passes were held in more than 80 locations on Saturday, where people denounced the measure as discriminatory.
People took to the streets to denounce the plan of the government led by Prime Minister Mario Draghi to introduce a health pass, known as the ‘Green Pass’. The document serves as proof that a person has received at least one dose of a Covid-19 vaccine, has tested negative for Covid-19 in the last 48 hours, or has recovered from the virus.”

“Unvaccinated Germans could be barred from entering restaurants and cinemas if Germany is hit with a new Covid-19 wave, a top aide to Chancellor Angela Merkel said, adding that those vaccinated will “definitely have more freedom.”

“Australian police have already issued hundreds of fines in the wake of mass anti-lockdown rallies, and are looking for more info about the violators, as state leaders condemn protesters for endangering other people’s lives.
In just 24 hours after Saturday’s mass protest, police in New South Wales issued 510 penalty infringement notices, Deputy Commissioner Gary Worboys said, according to the Sydney Morning Herald. He vowed that the authorities will continue to investigate the acts of “violent, filthy, risky” behavior.
“A strike force is set up right at this moment that continues to ask for people to bring forward any video files or telephone footage that they have of that sort of behaviour.””
Reactions: Miles, Hayata and Grunk

Jennifer Grier, MD: “Everybody should vaccinate” but then says “it won’t work for everybody.”

“Please get vaccinated, it will protect you against delta variant.” – Anthony Fauci, infectious disease specialist.
“Delta variant behind more than 80% of US cases.” –Anthony Fauci.

7.9 Billion Lives in the Balance:

7.9 Billion Lives in the Balance - LewRockwell

FarewellToKings said:
But it's ok for us to continue to die for the rest of the year.